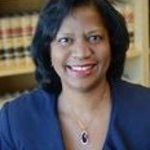 Joan Lewis- Heard, Esq. started practicing law in 1986 and has litigated all types of civil cases including employment law, real estate, personal injury, and business litigation matters.  Having represented and defended everything from Fortune 500 corporations to start-up "mom & pop" businesses, Joan has gained a wealth of knowledge enabling her to assist any community Association of any size in litigation of nearly every type of matter that may arise in community associations. Evidence of Joan's expertise is ample in her writings, found on SwedelsonGottlieb's HOA Law Blog, and her numerous successful trial "wins":

As a former professor of appellate advocacy as an Adjunct Law Professor at Loyola Law School, Joan uses her appellate skills in her litigation practice, having brought and responded to numerous matters in the Court of Appeal and California Supreme Court. Joan's standing as a superior attorney was confirmed in 2014, having been named in the February 2014 issue of the International Top 100 magazine as one of the top 100 lawyers throughout the country.

Joan was raised in Newton, Massachusetts, a suburb of Boston, and attended Tufts University in Medford, Massachusetts, where she graduated with honors, with a Bachelor of Science degree in 1983.  Joan obtained her Juris Doctor from University of California, Los Angeles School of Law in 1986 and was admitted to the California Bar also in 1986. She is also admitted to practice before the federal United States District Courts for the Central, Northern, Southern, and Eastern districts of California. When not at the office, Joan enjoys a good episode of General Hospital and spending time with her family.

Thank you for contacting us. We will get back to you shortly.

Please complete all required fields below.